Lord Ganesha is known for his elephant head and his enormous belly. He is one of friendliest Hindu Gods who is bereft of malice and curses. The cute and cuddly image of Ganesha inspires lots of love among his devotees. That is why he is called ‘Ganapati’, the lord of the people. Ganesh Chatuthi is special festival meant to celebrate the glory of Lord Ganesha and is due in a week’s time.

So, let us find out what are the things that Ganesha loves the most to please him on this special day.

First things first, Lord Ganesha is a complete foodie. The love handles and enormous pouches on his body leaves no doubt that Ganesha just loves food. So, the easiest way to Ganapati’s heart is through his belly. Modak is a particular kind of sweet that look like dumplings. They are Ganesha’s favourite sweets and must be offered to him on Ganesh Chaturthi.

This is basically the blades of grass that has 3 branches and grows wild in the fields. There is an interesting story that explains why Ganesha loves Dhruva grass. Ganesha once swallowed an evil demon named Analasura who was tormenting the Gods. But after after swallowing the demon, Lord Ganesha was in immense pain as the evil demon refused to get digested. Some ancient wise sages rained Dhruva grass on him and his stomach cooled. From then on, this grass is a favourite of Ganesha. 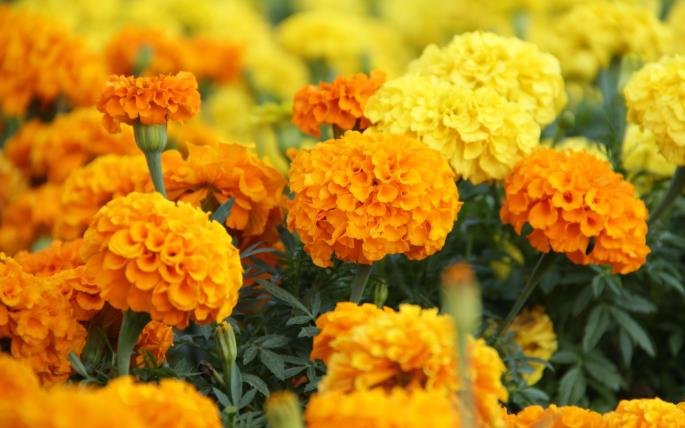 Most people who bring the idol of Ganesha home to celebrate Ganesh Chaturthi use red and yellow marigolds to decorate. Ganesha loves marigold and he is often seen wearing garlands made of marigolds and Dhruva grass.

5. Fruits Of The Season:

Coconuts and bananas are Ganesha’s favourite fruits. Ganesha’s head is of an elephant and thus has a weakness for bananas and all parts of the plantain. His idols are usually surrounded by banana leaves and also the stem of the banana plain. Some people also offer plantain flowers to Ganesha. These are 5 of the things that Lord Ganesha adores. Also remember that he is a pure vegetarian and his Wednesday is his day of the week.

What The Scriptures Say 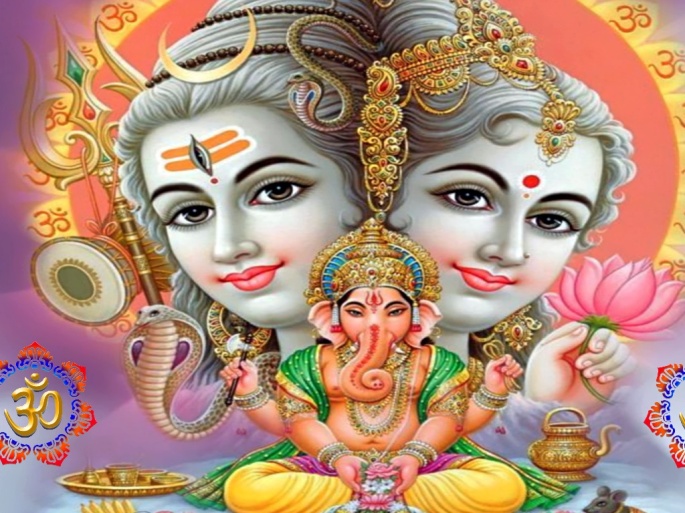 Once Goddess Parvati instructed Lord Ganesha to guard the gates and not to let anybody enter. As Ganesha stood on guard, Lord Shiva came and headed towards his room. When He was prevented from entering the house by Ganesha, Lord Shiva became furious and chopped off Ganesha’s head. Hearing Ganesha’s scream, Goddess Parvati came running and on seeing Ganesha’s plight she became furious. She pledged to destroy the world if Her son was not brought back to life. Then Lord Shiva replaced Ganesha’s head with an elephant’s and brought Him back to life. Seeing this condition of Her son, Parvati became extremely sad. So, Lord Shiva bestowed Ganesha with divine powers and declared that no puja or good work will ever be deemed complete without invoking Lord Ganesha’s name and blessings.

Hence, Lord Ganesha became the ‘pratham pujya’ or the one who is worshiped first.

According to the yogic principles, our material life as well as our spiritual journey starts from the ‘Muladhara’ chakra which is controlled by Lord Ganesha. Hence, to complete our life cycle without any obstacles, we need the blessings of Lord Ganesha.

Since He is the one who gets rid of all the obstacles from our lives, we worship Lord Ganesha before beginning any important work.

Source: One stop solutions for all Hospitality needs.

Are your revenues not meeting your expectations?
Saddened by the low profit margins?
Are you frustrated and thinking to give up?
Are you looking for a hand that helps you to reach your goals?
JFC transforms your pool of problems into a paradise of profits.
Restaurant business is a pool of problems where every minute detail that obstructs the way to success and fortune must be taken into consideration.
Rate of success and sustainability in hospitality industry depends upon the profit margins which further depend on the unique selling point (USP) and strategies that attract wealth.
Solution not being a difficult one to find the real challenge is in identifying the underlying problems that adversely affect the profit margins and overall revenue.
If you have ten problems JFC takes pride in offering you the best restaurant/hospitality solutions that are ten times as effective as its unmatched strategies.
JFC’s loss control program is developed by accommodating various techniques and strategies that limits down the losses and propels the profit margins at a galloping pace. We make it easier to confront these problems and protect a hotel/restaurant from disastrous losses